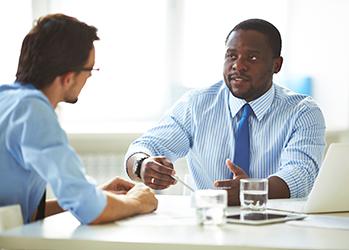 Employees often navigate their workplace environment calculating their every move in a Sherlock Holmes like manner to avoid discord with co-workers or worse, employers. This tactic might be successful initially but in the long run, it stifles emotions and brews unhealthy feelings in the organisation.

Modern society paints conflict in an unsavoury light, thus making humansavoid it like the plague  when it might not necessarily be the best course of action. Moreover, social scientists such as Thomas Hobbes and Karl Marx postulate that change is often a product of conflict. So why do people avoidit so much at their places of work?

Admitted, people often avoid conflict for fear of termination. In a country such as Nigeria where poverty casts a heavy shadow over the lives of many and recently released statistics put unemployment on the upswing,avoiding dispute maybe pardonable, especially if one’s job is the only source of steady income. However, where do we draw the line between conflict avoidance—or ‘diplomacy’ as many love to call—and outright subservience? And how do we manage conflict?

Complaisance, according to the Merriam Webster dictionary, is a disposition to “please” or “comply”. This is an admirable quality in an employee when applied judiciously.However, people tend to go overboard just to please their employers even at their own detriment. They keep mute on matters abhorred just so the employers’ affection is not lost and try to falsely rationalise scenarios. Even if their employers fail to see beneath the veneer, co-workers will smell the pretence miles away and the end could be near for such a person.

With that said, workplace conflicts are unavoidable in spite of how obsequious an individual decides to be. The causes of these conflicts vary from ideas, working styles, perception to respect, varying goals, needs, poor communication, etc. For this purpose, a heads-on tackle to conflicts is more often than not the best course of action, albeit with caution in order not to come across as brash like a certain blonde president.

Accordingly, when one identifies at workplaces, tracing their origins internally with a view to making amends should be the first line of action. After completing this step yet the issue pervades it becomes pertinent to approach the other party respectfully (which entails a smile and a controlled tone of voice) to ask the source of the problem.

Often times, poor communication destroys relationships both personally and professionally. Again, communication is not only limited to co-employees but also to employers.

The benefits of proper communication as it pertains to employers is invaluable in the sense that honest but cautioned feedback could break career obstacles hence better positioning the employee in the general scheme of things while laying bare the flaws of both parties. And in a situation where a common ground is unreachable, both parties can part ways amicably.

It is also worth noting that communication is a two-way street: speaking and listening. During the course of the dialogue,try as much as possible to see from the other party’s vantage point rather than to stay silent only to articulate an existing thought in your mind. Empathy sets in when you listen keenly to the other party therefore making resolution a possibility.

In another case, employing the services of a mediator could be handy in an ideological conflict, which is widely regarded as the hardest to resolve. A senior colleague known for their shrewdness could handle this task, but the party who initiates talks should bear in mind that they might have to budge for the other. However, avoid making a mediator of an employer for reputation sake.

To sum up, humans are constantly in conflict with internal and external forces and for one to avoid such conflicts at workplaces could spell great danger. Approach conflicts with caution; using dialogue and open-mindedness as a weapon, because just as Robert Greene says, it is unnatural of us to avoid it.