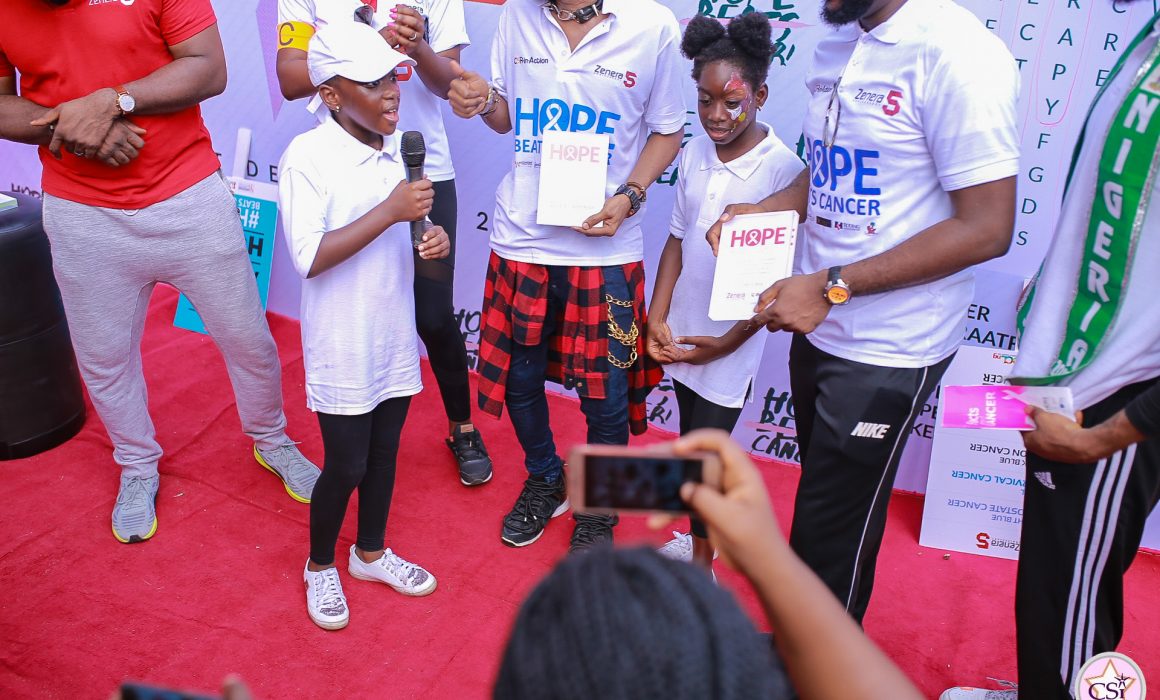 It was supported by Indoor Designs, Westbrand Nigeria, Strategic Effects and Garden Splash. 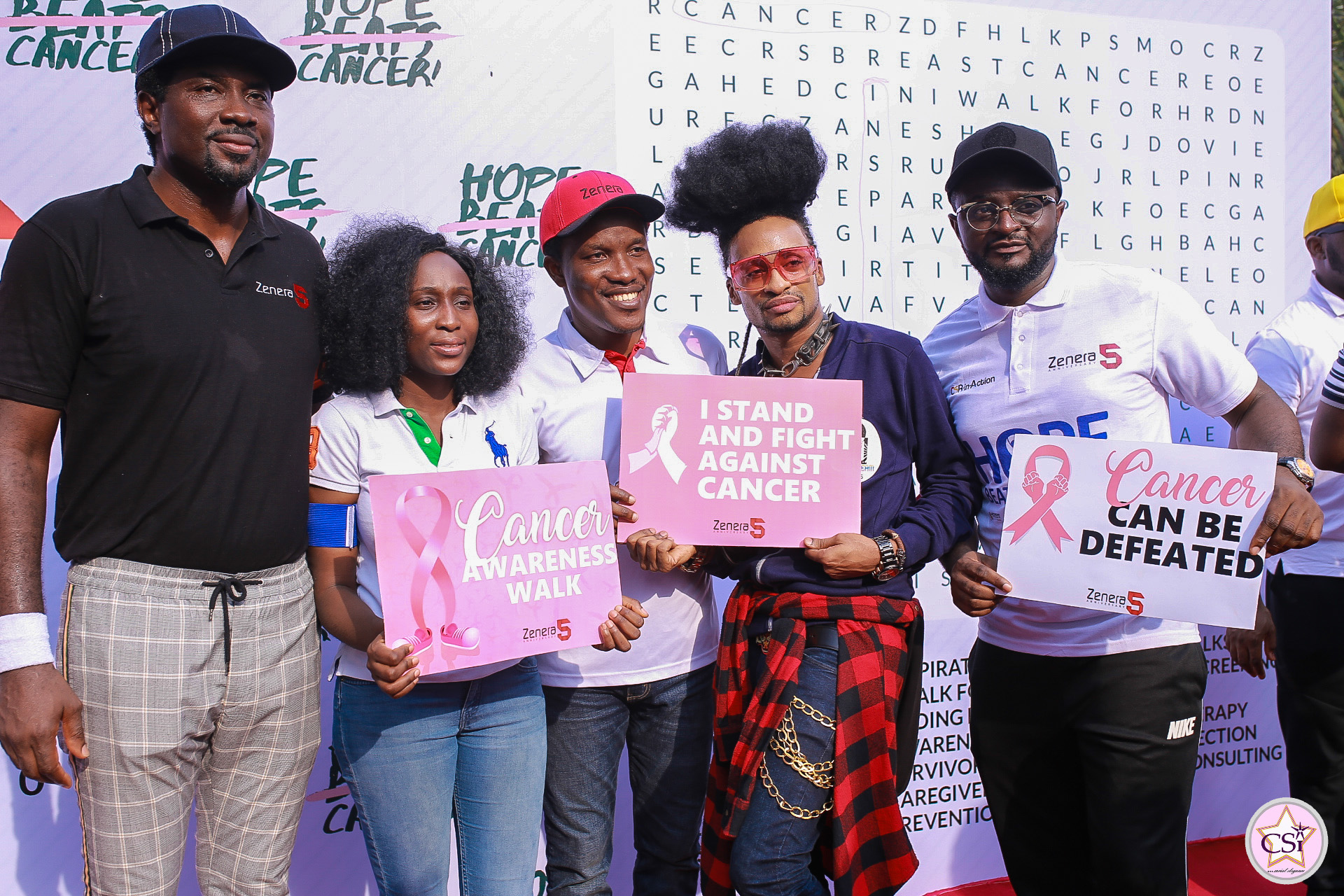 “As we clock five as an organisation, we found a way to use our edge in branding for a good cause and cancer came as a valuable knowledge point for us considering the low level of awareness in Nigeria. What people don’t know is that there are four screenable forms of cancer. You can do something about prostate, breast, colon and cervical cancer. When you detect them early enough, they are treatable and completely curable,” Meka Olowola, the Managing Partner of Zenera Consulting said.

WHO estimates that there are over 14 million new cancer cases every year and 8.8 million cancer-related deaths worldwide. In Nigeria, several cases of death from various forms of cancer are recorded yearly. Unfortunately, there is no reliable data on the disease in the country due to poor health infrastructure. 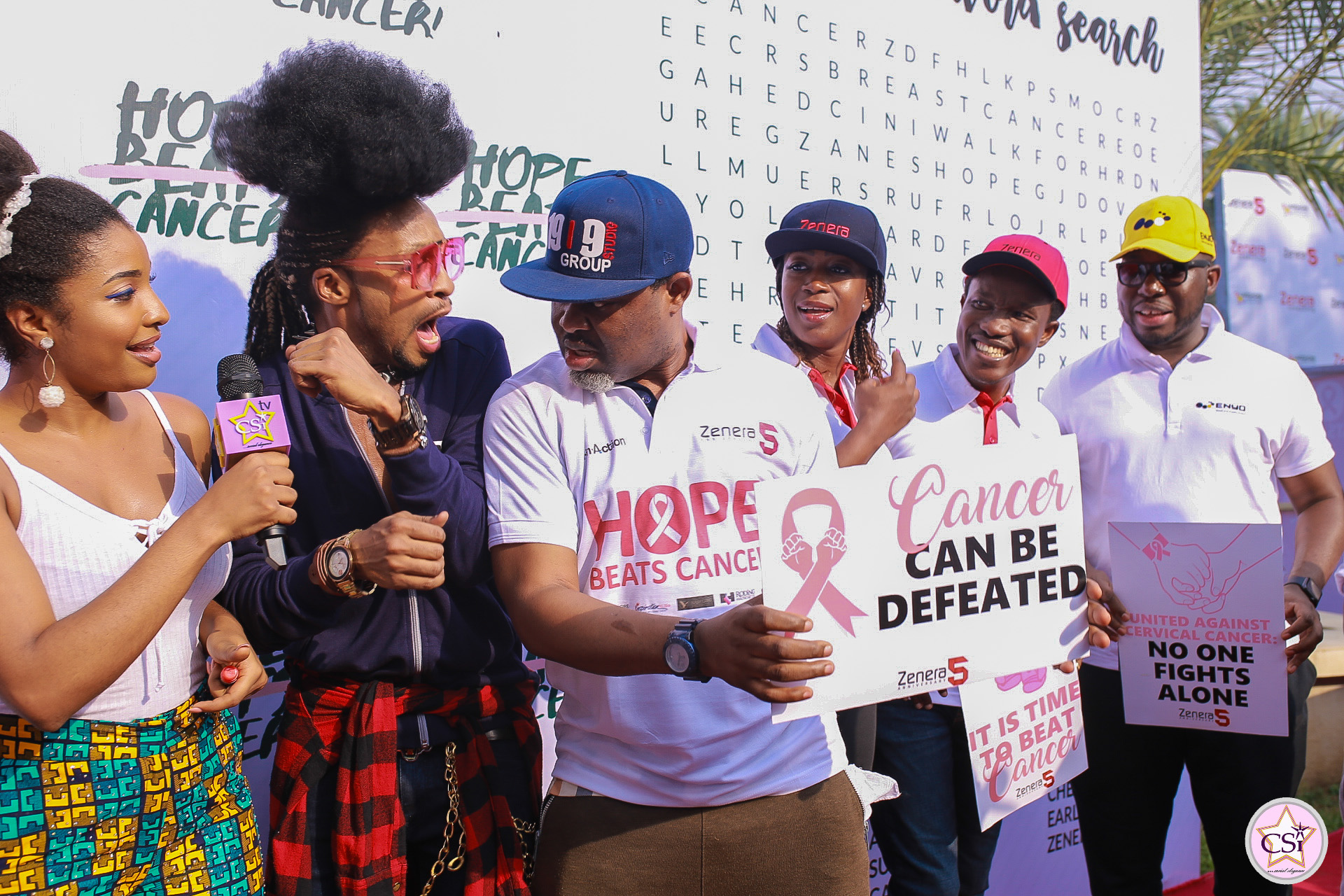 Singer and songwriter, Aramide, said during the cancer awareness walk that she lost her uncle to cancer. “My uncle died from cancer, and it was really painful. More than anything else, this walk organised by Zenera Consulting presents a good opportunity to actually show some support.” She also advised that people take their health seriously, to have a fighting chance against cancer.

“If you feel anything strange in your body, go and get it checked out and take your health seriously, and whatever happens just keep hoping.,” the two-time Headies Award winner said.

Pastor Godman Akinlabi of the Elevation church said the campaign attempts to raise the hopes of those living with cancer, their loved ones and everybody who dread cancer with the belief that the disease will be defeated.

As part of the awareness campaign, Zenera also organised a ‘message of hope’ copywriting contest on social media, which saw five winners walk home with ₦150,000=