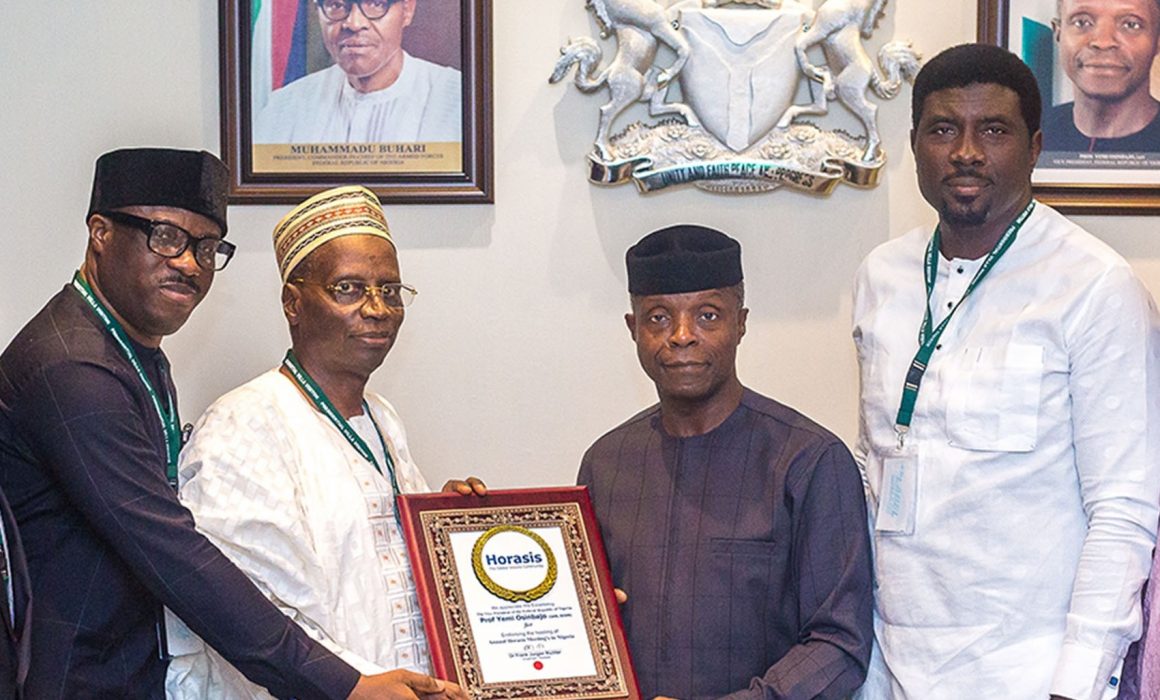 The summit will bring together an array of international top investors, heads of governments, bankers and hedge funds managers numbering over 500 to identify auspicious investment opportunities. 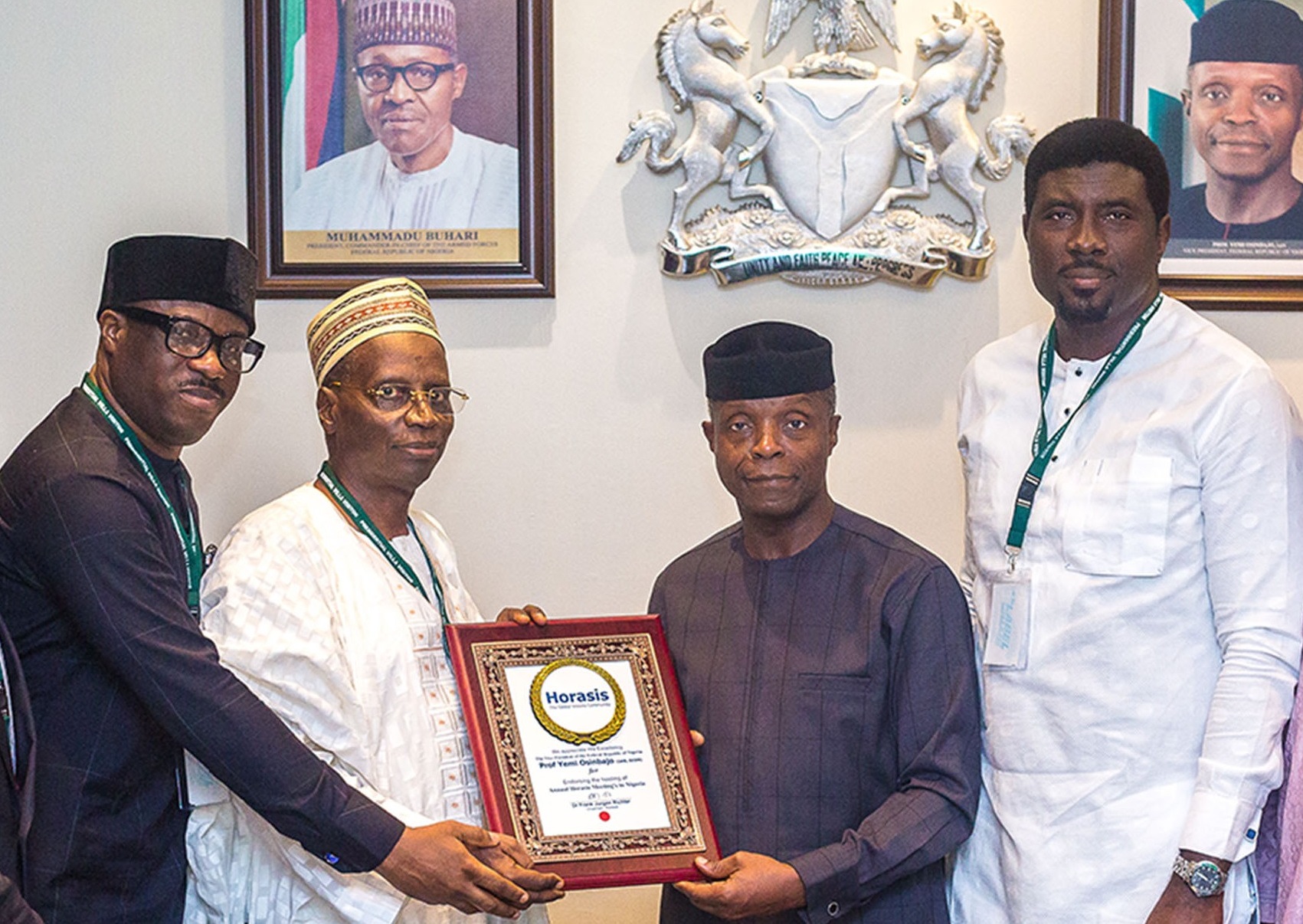 The event which is scheduled to hold later in the year seeks to address universally relevant business issues and develop interdisciplinary solutions across sectors.

Vice President Prof. Yemi Osinbajo, while receiving a delegation from Horasis in Abuja, ratified and pledged the support of the Federal Government for the conference while at the same time alluding to the annual Horasis Business Meetings securing a permanent home in Nigeria. 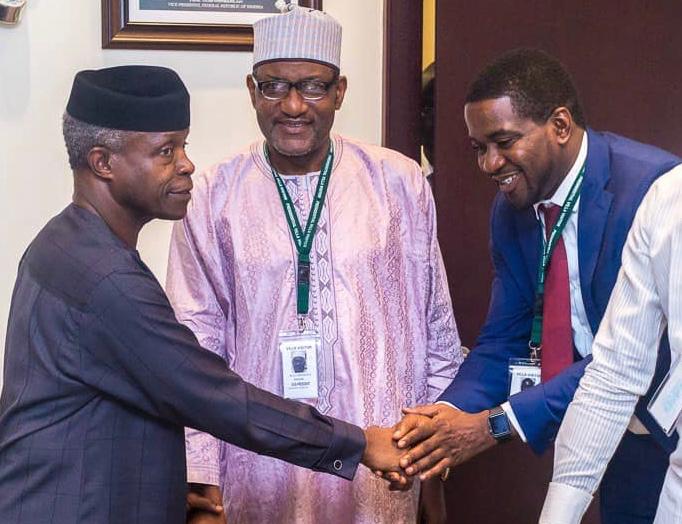 VP Osinbajo also received a partnership plaque from the Horasis International representatives as a symbolic seal of the Federal Government’s endorsement of the conference in Nigeria.

Reacting to the alliance between the revered bodies, Meka Olowola, Managing Partner of Zenera Consulting observed: ‘’Over the years, corporate Nigeria has deepened its robustness in terms of governance, ethics, technical competence and other global best practices, therefore priming themselves in position to forge strong international partnerships on a scale that will inevitably generate tremendous value for the subregion. 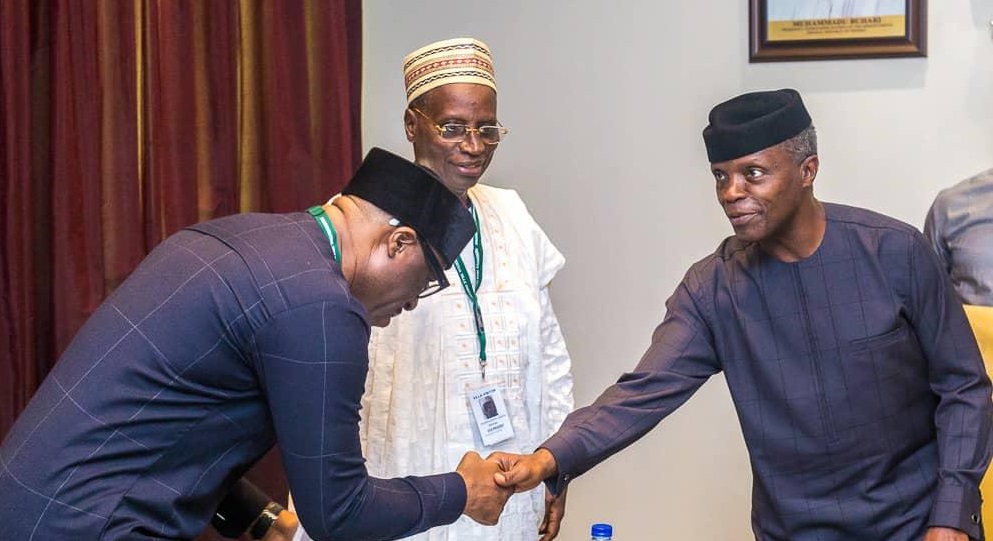 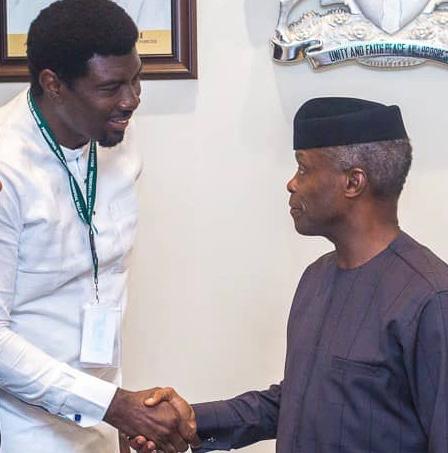 Commenting on the potential of the Horasis-in-Nigeria conference to enhance the economic outlook of the country, Dr. Akpata remarked: “We fervently believe that against all odds, Nigeria’s myriad of problems should be visualised as opportunities needing a different level of innovation and creative problem-solving driven by nation building mindsets to resolve.’’

Horasis Global Meeting is competitively compared by global media giant, Bloomberg, to the World Economic Forum in Davos which annually gathers over 500 Chairmen/CEOs of tier-1 companies of the world alongside Heads of Governments (Presidents, Prime Ministers) to discuss and find practicable solutions to problems shaping our world.

As a nation, this global meeting will position Nigeria as a veritable investment hub to the world, improve foreign relations, bilateral agreement and expose homemade Nigerian brands to a wider audience. 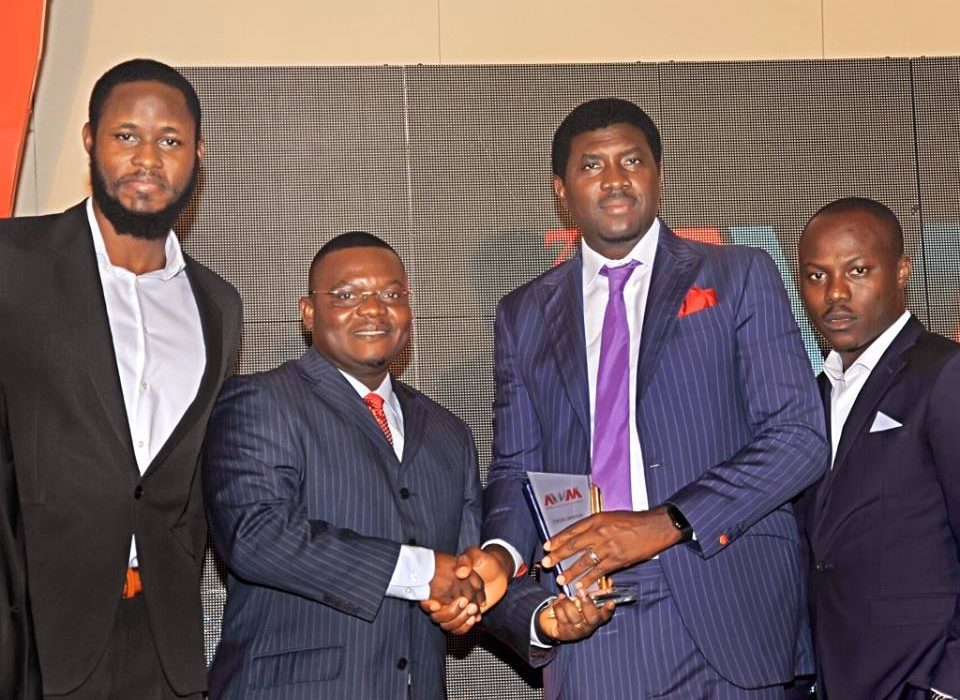 Foremost branding and reputation management outfit Zenera Consulting emerged the ‘most inspiring agency for 2017’ at the 7th edition of the Marketing World Awards (MWA) held in Accra, Ghana recently.

END_OF_DOCUMENT_TOKEN_TO_BE_REPLACED

It has been an eventful couple of months in Nigeria, with the 2015 general elections assuming a larger than life stature, and practically taking over the daily life of the average citizen and nearly every single moment of his day.

The elections have been headlined by a too-close-to-call presidential election between an incumbent and a formidable challenger; and has in no small measure piqued the interest and attention of the global community – countries, agencies, heads of government and the media.

Along with this international spotlight beamed on the country has also come a certain uneasiness, an uncertainty, and a political air so tensed you could almost slice it with a knife.

As politicians and their avid supporters (plus political jobbers too) hobble and stagger with arrogant swagger unto podiums, screaming into microphones and singing in high-pitched voices the praises of their candidates and casting aspersions on opponents, they occasionally take a break to dance and sway away – even if it is clumsily so – to Shoki moves and the latest cacophony of youth beats in town.

We are entertained, irritated, optimistic and pessimistic all at once. We have all been caught up in the frenzy and our lives have suddenly become frozen. Thanks to ‘Twitter Power,’ news and gossip blogs, complemented by our daily staple of newspapers that bring us up to speed even when we are not on any the ubiquitous campaign grounds. Yes, it’s been a whole big lump of greasy business.

The campaign promises have been so, so impressive. Sometimes mindboggling; sometimes bogus-sounding like, as the Americans would say, a heap of baloney.

Bogus, because while bloated promises are being mouthed on the campaign podiums, scant attention has been given the chief vehicle to fulfilling them and the ultimate tie-breaker: crude oil.

While Nigeria has become one huge political festival ground with all the gladiators and Amazons, oil too is busy with its own global campaign to recover from a sharp slump late last year. Its success or failure at it might just put a lie to all the campaign promises when the chips are down and a new government is inaugurated in May.

Will the politicians still stick by their words when oil prices fail in its own current campaigns and Nigeria’s energy revenues don’t exactly match global crude prices “projections”? Or will they find a ready alibi to shelve some of those promises or cut back on them?

Global oil experts say given the current global scenario and oil politics, crude price is likely to remain below $100 for years to come. The futures market suggests the price will recover slowly to hit about $70 by 2019, while most experts forecast a range of $40-$80 for the next few years. Anything more precise is futile.

According to a Deutsche Bank/IMF report, Nigeria needs oil prices to stabilize at $123 to balance its budget projections. The figure is a far cry from the current world price which dipped below $50 a barrel for the first time since May 2009 after a fairly stable period from 2010 until mid-2014 of around $110 a barrel.

The government was forced to peg this year budget at $45 per barrel after hopes prices might perhaps recover quickly dwindled. Will the Nigerian government – new or old – seize the moment to further diversify the economy and maximise the country’s earning potentials.

Saudi Arabia, and Gulf producers such as the United Arab Emirates and Kuwait have amassed considerable foreign currency reserves, which means that they could run deficits for several years if necessary.

However, Nigeria and other OPEC members such as Iran and Iraq with greater domestic budgetary demands because of their large population sizes in relation to their oil revenues, have less room for manoeuvre. These countries have combined foreign currency reserves of less than $200bn, and are already under pressure from increased US competition.

Nigeria, which is Africa’s biggest oil producer, has seen growth in the rest of its economy but despite this it remains heavily oil-dependent. Energy sales account for up to 80% of all government revenue and more than 90% of the country’s exports.

Crude prices surged again on March 26, jumping $3.72 to $54.55/bbl as Saudi Arabia and its allies launched airstrikes in Yemen to neutralize Iranian-backed Shiite Houthi rebels. But hopes that pockets of global political upheavals like the tension in Yemen would spark the revival of oil prices might just fizzle out as soon as it begins as prices fell more than $1 in the next day as nuclear talks with Iran progressed.

Analysts say predicting the oil price is a bit of a mug’s game as there are simply too many variables involved to make any kind of meaningful, definitive forecast. What we do know is that, despite a recent upturn, the price of oil has slumped almost 50% since last summer following the longest-running decline for 20 years.

With the booming US shale industry showing little signs of slowing, and growing concerns about the strength of the global economy, there are good reasons to suspect that the current slump in the oil price will continue for some time.

This is precisely when OPEC, the cartel of major global oil producers, would normally step in to stabilise prices by cutting production. It has done so many times in the past, so often in fact that the market expects OPEC to intervene.

This time it hasn’t. In a historic move at the end of last year, OPEC said not only that it would not cut production from its 30 million barrels a day (mb/d) quota, but had no intention of doing so even if oil fell to $20 a barrel.

And this was no empty threat. Despite furious opposition from Venezuela, Iran and Algeria, OPEC kingpin Saudi Arabia simply refused to bail out its more vulnerable cohorts – many OPEC members need an oil price of $100 or more to balance their budgets, but with an estimated $900bn in reserves, Saudi can afford to play the waiting game.

OPEC now supplies a little over 30% of the world’s oil, down from almost 50% in the 1970s, partly due to US shale producers flooding the market with almost 4 mb/d from a standing start 10 years ago.
Without OPEC artificially supporting the oil price, and with potentially weaker demand due to sluggish global economic growth, the oil price is likely to remain below $100 for years to come.