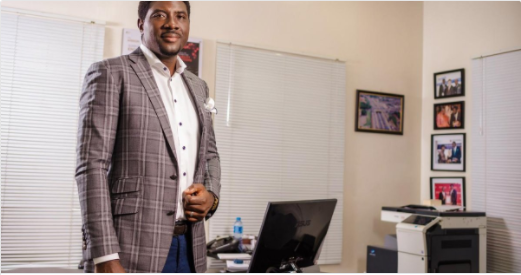 The Managing Partner of Zenera Consulting, Meka Olowola has joined the list of indigenous consultants conferred a fellowship by the Institute of Management Consultants of Nigeria (IMC).

END_OF_DOCUMENT_TOKEN_TO_BE_REPLACED

The idea of brand isn’t a new one. In fact, the concept has been around for hundreds, if not thousands, of years. The concept of branding existed well before the modern era. What it means to brand something has evolved since, however the concept remains the same.

The modern word brand is derived from the word “brandr”from Ancient Norse meaning “to burn”. Around 950 A.D. a “brand” referred to a burning piece of wood.

In the thirteenth century, the Magna Carta, the decline of feudalism, and the trading between east and west (among other things), helped to change lives for the better. There was a revival of crafts with the formation of craft guilds and the emergence of a middle class. During this period, to control trade, guilds made proprietary marks mandatory. Town criers were paid to advertise a merchant’s goods.

By the 1500s the meaning had changed to refer to a mark burned on cattle to show ownership. The term “maverick”, originally meaning an unbranded calf, comes from Texas rancher Samuel Augustus Maverick whose neglected cattle often got loose and were rounded up by his neighbors. The word spread among cowboys and came to apply to unbranded calves found wandering alone. Tate & Lyle of Lyle’s Golden Syrup makes a similar claim, having been recognized by Guinness World Records as Britain’s oldest brand, with its green-and-gold packaging having remained almost unchanged since 1885.

The 19th century saw the rise of mass production and the beginning of modern day consumerism. Products like wine, spirits and ale were among the first to see global distribution, and producers began burning their mark into crates and designing specific bottle and labels to distinguish themselves from competitors. Over time, the brand mark evolved into a representation of quality as opposed to ownership .

Factories established during the Industrial Revolution introduced mass-produced goods and needed to sell their products to a wider market– customers previously familiar only with locally-produced goods. It quickly became apparent that a generic package of soap had difficulty competing with familiar, local products. The packaged-goods manufacturers needed to convince the market that the public could place just as much trust in the non-local product. Pears Soap, Campbell Soup, Coca-Cola, Juicy Fruit gum, Aunt Jemima, and Quaker Oats were among the first products to be “branded” in an effort to increase the consumer’s familiarity with their merits.

With the advent of television and radio, manufacturers were able to use new methods to promote their products and generate demand.

In the 1930s, Edward Bernays (nephew of famous Austrian neurologist) published a book called Propaganda. Bernays illustrated some compelling ideas for the time, arguing that by associating products with ideas, large numbers of people could be influenced to alter their behaviour.

Advertising agencies and corporations took notice of what Bernays was saying and by the early 1960s marketers were using mass media to associate their brands with emotional benefits rather than functional roles. These companies quickly learned to build their brands’ identity and personality such as youthfulness, fun or luxury. This began the practice we know as branding today, where the consumers buy “the brand” rather than the product. This trend continued into the 1980s, and is now quantified in concepts such as brand value and brand equity. Naomi Klein has described this development as “brand equity mania”.

In the 1980s Philip Morris purchased Kraft for six times what the company was worth on paper. Were they buying supplies and factories? No, they were buying the Kraft brand. In 1984 Apple released their now famous “1984” television commercial which introduced the Apple Macintosh personal computer. The commercial used an unnamed heroine to represent the coming of the Macintosh computer as a means of saving humanity from “conformity”. The commercial was immensely successful and the idea of companies building long term corporate identity rather than creating short term ad campaigns was popularized.

Where is brand going?

We live in the internet era with technology rapidly evolving, and these platforms are driving the next evolutions of branding. Today’s consumers aren’t satisfied being merely consumers– they want to be a part of something. They want to participate. Where brand goes is somewhat unpredictable, but personally we can’t wait to find out.

When to Start the Branding Process

Eventually, you will come to a point where you realize that you need branding. For some, this realization comes early on, while for others it occurs after many years of operating their business. Below are some reasons why you might engage in brand work:

New company, new product. If you are creating a new company, taking a brand first approach can be highly beneficial. Deciding on design, theme, and tone of voice for your business can determine a large part of whether you’ll be successful or not.

Name change. Your company name is one of the most powerful parts of your collective brand. A great name can help you stand out from your competition, it can position you as an industry leader, communicate your corporate culture, and it can even explain exactly what it is your company does. A weak name will be easily forgotten and can limit your brand exposure. Those that don’t consider brand work when naming or renaming their company risk ending up being branded by the market, or even worse, becoming irrelevant. Consumer product companies understand this, and tie their brand names directly to their brand strategies.

– Revitalize a brand and identity. In order for a brand to be successfully revitalized, all stakeholders must be on the same page. Brand work is critical during a revitalization because everyone must have a strong understanding of the companies purpose, promise, product, people, place, and price.
Create an integrated system. A brand will stand out and be remembered if presented in a manner that is clear, credible, and pleasing. Integrated branding helps companies align all their actions and messages of a company with the core values and brand promises that it communicates.

– When companies merge. When companies merge, there are several choices that leadership has to make about the combined brand portfolio. Brands can be transitioned to the acquiring company’s brand names, or they could retain their original brand names (as happened with AOL and the Huffington Post). Another option is dual-branding, where the two brand names are combined. This dual-branding strategy is often pursued when merging companies combine company names to form a new company name, like PricewaterhouseCoopers.